Skip to main content
See Something Say Something Read more » 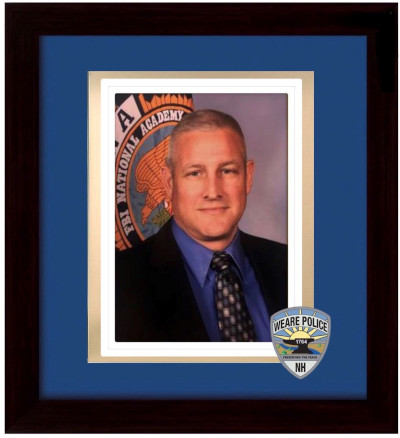 Chief C.D. Moore is originally from Richmond, Virginia. After high school he enlisted in the U.S Army as an infantryman and was stationed in Colorado and Germany. Once honorably discharged from active duty, he returned to Virginia where he obtained a Bachelor of Science degree from Old Dominion University in Norfolk. After obtaining his undergraduate degree, Chief Moore was hired by the Norfolk Police Department in 1996 where he served 23 years and had assignments in; Field Operations, the Detective Division, the Metro Tactical Unit, the K-9 Unit, the Strategic Management Division, and the Training Division. Chief Moore went on to earn his Master’s degree in Public Administration from Troy University and a Graduate Certificate in Criminal Justice Education from the University of Virginia. Chief Moore earned numerous awards and decorations in both the military and police department including but not limited to; a Virginia Commonwealth Valor Award, two Distinguished Service Medals for “performing an act of bravery in the line of duty in a manner evincing a disregard for personal consequences”, five Army Achievement Medals, and Expert Infantry Badge, and a Drill Sergeant Identification Badge.

Chief Moore is a graduate of the FBI National Academy-263 Session and was certified as a trainer in multiple disciplines to include; general instructor, defensive tactics instructor, firearms instructor, police training officer instructor, and International Chiefs of Police – Leadership in Police Organizations local instructor.

Chief Moore was sworn in as the Weare Police Chief in June 2019.